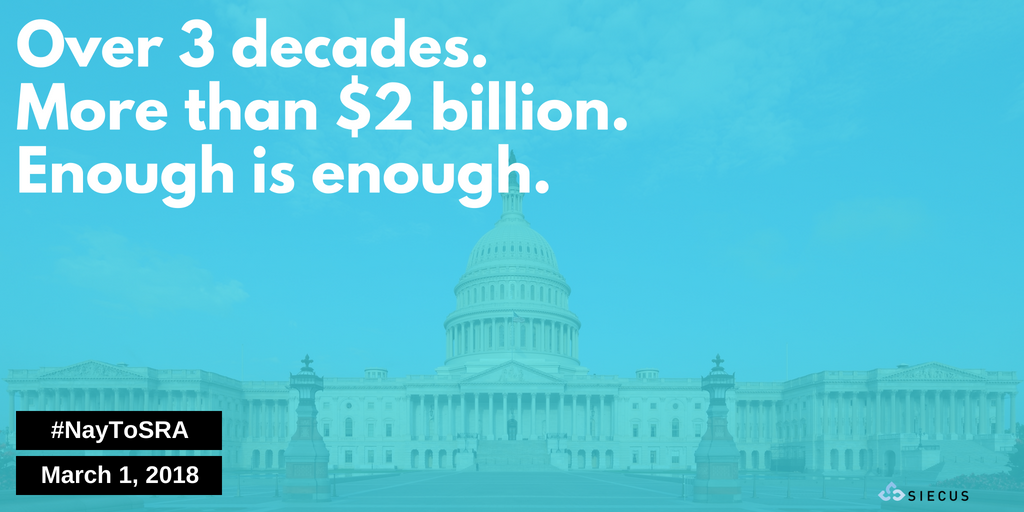 On March 1, 2018, the same day abstinence-only-until-marriage advocates headed to Capitol Hill for their annual lobby day, SIECUS launched the #NayToSRA campaign. In one day, we reached nearly 9 million people via social media (and counting).

But the need to continue to yell, #NayToSRA is far from over. Help us spread the word that this failed rebrand of ineffective, harmful abstinence-only-until-marriage programs–now being called “Sexual Risk Avoidance,” or, “SRA”–is simply unacceptable.

Join the #NayToSRA campaign today by checking out our #NayToSRA fact sheet: 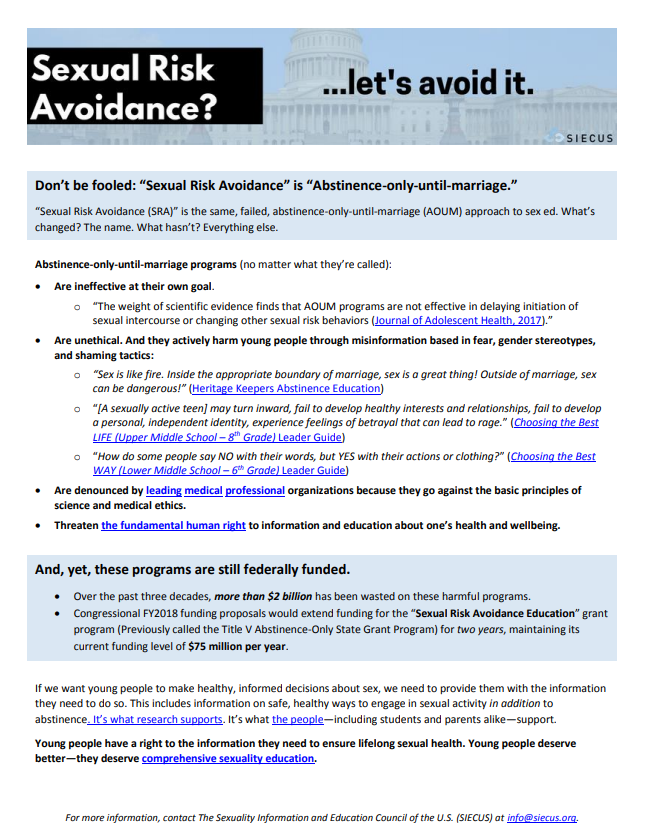 Once you’ve read up on the dangers of so-called “SRA,” pick up the phone and call your members of Congress to make sure they know to say #NayToSRA, too: 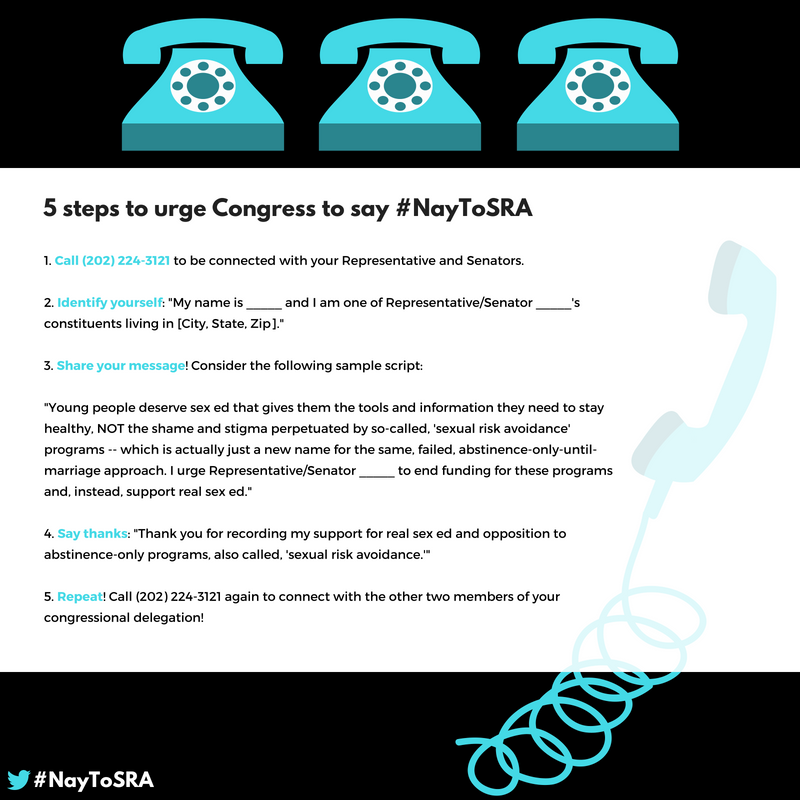 And, don’t miss our blog post, “Why we need to avoid ‘Sexual Risk Avoidance‘” and share your thoughts on social media using the hashtag #NayToSRA.