On bi visibility – an interview with Gerrard Davis

In high school, I was in a unique position of getting great sex education.

Among the many things that stuck in my mind about those classes was my teacher, Ms. V, explaining matter-of-factly that sexuality exists on a spectrum – that few people are fully straight or fully gay or lesbian, and that most of us fall somewhere in between.

This lesson gave me a framework for understanding not only my own feelings, but also various other sexual identities. Once I was freed from expecting everyone to fit in a particular box, I could comprehend and even explore other sexual thoughts and identities – including bisexuality.

Bisexuality is defined as the capacity to have romantic or sexual attraction to more than one gender.

One of the first steps toward fuller equality and cultural acceptance is education and awareness, and this week, we do that by celebrating bisexuality leading up to Bisexual Pride Day this Sunday, September 23.

To discuss bisexuality further, we spoke with Gerrard Davis, a health educator and outreach worker at Heart to Hand Inc. 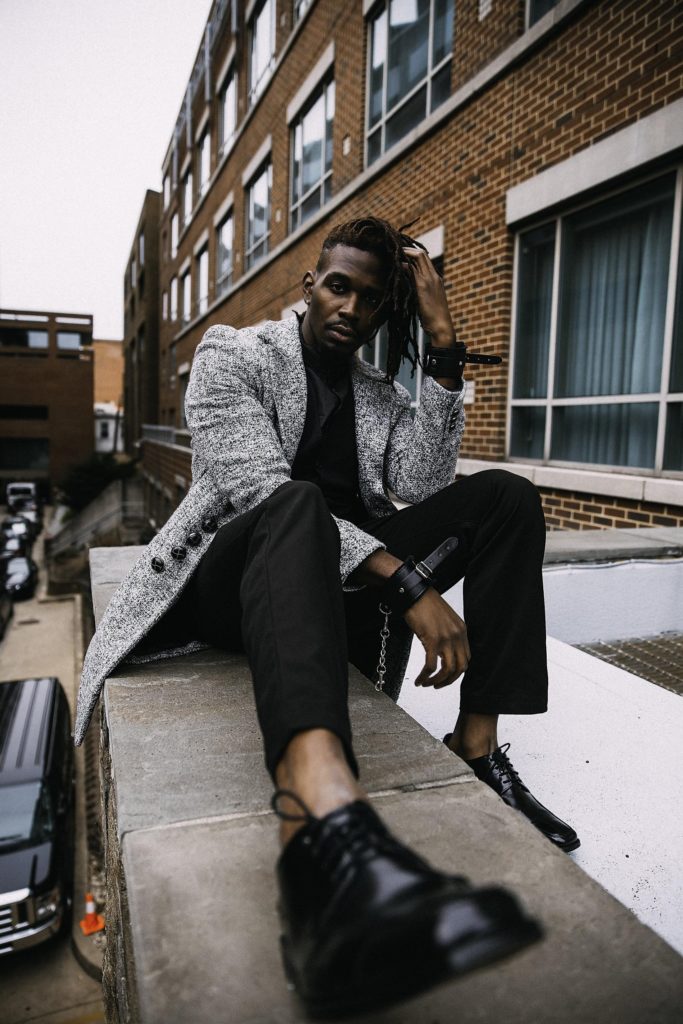 Read our interview with Gerrard below:

1. How would you describe your sexuality?

I would describe my sexuality in terms of sexual orientation and romantic attraction. I am Bisexual, meaning that I am attracted to genders both like/identical to mine and opposite of mine. As far as attraction, I am PanRomantic, meaning that my romantic attraction is not gender specific. My gender is DemiGuy, and this means that I don’t wholly identify as male or masculine.

2. What contributed to helping you understand your sexuality?

When I was in high school, on into the early years of undergrad, I experienced some sexual relations with other cis-gender men, but I never fully examined my own sexuality. A running joke my friends like to remind me of is when I would refer to myself as “quarter-sexual.” I used it to mean I was only attracted to other men physically, but that’s all. I knew that I was still oriented towards women in a number of hetero-normative ways and physical attractions towards men didn’t interrupt that.

I had honestly never fully examined myself as bisexual until I met a young man a little older than me in undergrad. I went on to develop very strong feelings for him—I loved him. However, during that time I also loved a cis-gender woman. Emotional dramatics aside, I was met with a choice: choose either a man, or a woman. I chose both. I chose to not limit a very natural part of who I am to the strict, binary mentality of others. I have been mentally and emotionally secure in that proclamation ever since.

3. What are the top three things people say about bisexuality that most annoy you? How do you deal with them?

(1) When people ask some variation of: “Which do you like more?” I usually say “Neither. All of you get on my nerves, to be honest.”

(2) I hate when people say that “bisexuals can’t be trusted” or that we “play with people’s emotions.” I often respond that bisexuals don’t do anything that lesbians, gays, and straight people haven’t been doing to you before; if someone hurts you, it’s definitely NOT because they’re bisexual.

(3) My last gripe would definitely have to be that a lot of people will say that bisexual black guys are just DL men. I’ve had many responses to this, but in general it’s that being Bisexual and behaving bisexually are NOT the same thing.

4. What do you most wish people would understand about bisexuality?

The one thing that I wish people would understand about bisexuality is that it is nuanced and complex. Straight and hetero-normative people will often make the mistake that bisexuality is strictly defined and linear. Monosexuality consumes so much of how conversations around gender, sex, and sexuality are held that there are many obstacles to having a more fluid, comprehensive approach.

Bisexuality isn’t a phase, or a state of confusion, inconsistency, or the like. It is an identity that is more saturated, liberating, and diverse when embraced to its fullest capacity. It transcends gender and social norms. People have difficulty understanding bisexuals because we are not always easy to peg down in straight and/or hetero-normative terms. There is too much diversity and variation among bisexuals. I think that’s part of what scares people—they don’t know what they’re getting; that their conversations to or about bisexuals disclose their unacknowledged insecurity and biphobia.

Coming out for me is never really a one-time thing. When I first came out to my mom it was because she asked. I was hanging with another guy who identified as bisexual. She asked “are you bisexual?” and I replied “yes.” I think a lot of black parents respond in the same way when they find out their children aren’t straight or cis-gender; you get the very melodramatic, “Why would you do this to me” hysterics. I’m sure this may happen elsewhere, but I’m black and bisexual, so the Black Bi experience is all I know.

Eventually it just came down to advocating for myself in my family and friend circles through radical self-acceptance. Regardless of the side comments, the ignorance, etc. I continued to live my life and let them watch as my story unfolded. I had to show them that I did not need their approval or affirmation to live authentically and truthfully. However, when I meet new people the “I’m bisexual” and the living authentically starts ALL over again.

I’m almost 30, and I think that at this point in my life, I’m used to it. I take joy in catching people off guard. There will be people who’ll think I’m gay, or that I’m straight, and I get to laugh internally when I watch them discover that they’re wrong.

6. What are your thoughts on the Kinsey Scale?

I think the Kinsey Scale is outdated. It portrays sexuality as a spectrum, but as a linear spectrum that places you on a sliding scale from one end of an extreme to another. It’s very unattractively binary in my opinion.

The Klein Grid is much more representative of how sexuality should be portrayed. The Klein grid accounts for sexual experiences, attraction, and desire over time. It truly portrays how people’s sexuality evolves over their lifetime and how they see themselves in the future. It was made by a bisexual person who was one of the leading minds in researching the bisexual community, Dr. Fritz Klein.

7. How would you say bisexuality is viewed specifically within the LGBTQ community?

Personally, I think bisexuality is recognized positively by trans, gender fluid, gender queer, non-binary, intersex, and asexual people—pretty much everyone except lesbians and gays. That sounds kind of bad, I’m certain. However, I don’t think that monosexual identities benefit from communities that oppose their participation in binary constructions of gender or sexuality.

8. What do you think are the biggest challenges for the bi community?

I think one of the largest issues of the bisexual community is alienation. There aren’t any Bi centric spaces for communities of bisexuals. I also think that explicit bisexual representation is necessary. We’ve made some good strides there, I think. However, most of the mainstream queer representation children get are of gay characters—and there’s nothing wrong with that, but there’s more to the LGBTQ+ community than the gays. The rainbow flag, to me, doesn’t represent bisexuals. It might have at one point, but not anymore.

Bisexual stories need to be told, experiences shared, acceptance of the identity, understanding it even on a behavioral level as something benign—not individually responsible for dangers to people’s well-being.

9. What role, if any, do you think sex education can play in helping address those challenges?

I think that bisexuals are representative of this goal. There’s a fluidity within us than can liberate lesbian, gay, straight, and hetero-normative people in general that no one really expects to be there. Bisexuality transcends so many rules of gender and sexuality. I think that, within itself, lies the liberation of queer folks. Bisexual liberation, to me, is the liberation for all.

Embrace bisexual people. We live our lives under a certain ambiguity to the extent that so many of us live invisibly or in hiding because we don’t know where to go, or how to be who we are. Understand the importance of who we are and what it means to us. Comprehend the biases in the questions you want to ask us, and wonder if you’d ask anyone who isn’t bisexual those kinds of questions. Be mindful, be considerate, be kind.