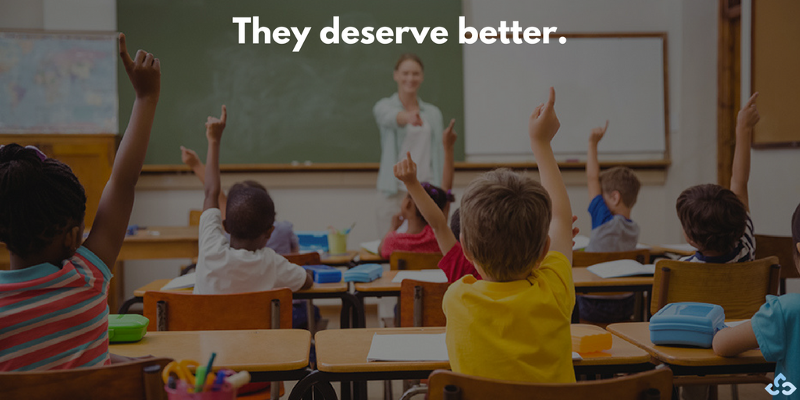 “1,2,3, eyes on me!” This was the expression my third-grade health teacher, Mrs. Carlisle, always used to bring the class’ attention back to the front of the room.

While that rhyme wins the award for ‘most memorable’ part of health class, I can vividly recall another Mrs. Carlisle expression: “No one should touch your private parts — the areas covered by your underwear — except for your parents and your doctor.”

While not the most in-depth lesson, this is an example of (gasp) sex ed for eight-year-olds.

The idea of teaching sex ed to younger students is typically associated with a certain level of controversy. However, this is largely due to the fact that when most folks think “sex ed,” they picture things like condom demonstrations, memorizing different types of STIs, and that scene from Mean Girls.

Teaching a kindergarten class how to properly roll a condom onto a banana would be ridiculous (and probably lead to a lot of hard-to-answer questions from some very confused five-year-olds). But, that’s not what proponents of K-12 comprehensive sexuality education are pushing for when they advocate for lessons starting in kindergarten.

When we say “comprehensive sexuality education,” we mean:

While that definition includes a lot of descriptors, it’s important to hone in on the first one: age- and developmentally appropriate. Comprehensive sexuality education for kindergarteners lays the foundation to teach students about things like respecting personal boundaries, gender roles, and more.

“Healthy Relationships” is a key topic area of kindergarten curricula, providing students with the skills they need to identify characteristics of healthy and unhealthy relationships. They also learn how to express their feelings within those relationships in ways that are healthy for themselves and others.

In the “Me Too” era, it is becoming increasingly more apparent that things like sexual assault, harassment, and consent need to be discussed more, and they need to be discussed earlier on. These discussions can be both effective and appropriate for young students. For example, sexuality educator Haylin Belay, uses age-appropriate metaphors to explain consent to students:

“One of my favorite sexual communication metaphors to use with middle schoolers goes something like this: ‘If your favorite flavor of ice cream is chocolate, and the ice cream scooper’s favorite flavor is strawberry, how would you get the kind of ice cream you want?’ Answer: By explaining what you like and asking for it. ‘And if the ice cream scooper insists on giving you strawberry, even though you don’t want it?’ Answer: That’s probably not somebody I want to eat ice cream with.”

Young students deserve more than a one-off, “if someone touches your no-no zone, tell your parents” discussion. They deserve to gain a comprehensive understanding of things like sexual assault, harassment, and consent. Maybe more than anything else, they deserve to know that if they experience sexual violence or harassment, it’s not their fault and they have people and resources to turn to.

Why shouldn’t we start teaching children life-saving information like this as soon as we can?

Taking a holistic approach to teaching about sex and sexuality starting in kindergarten really isn’t a revolutionary idea. This approach of laying a foundation early on and building on top of it as students age and develop is something we already do with most subjects taught in schools.

For example, think about math. Often, students learn (as early as kindergarten) about basics like counting and adding and fractions and so on and so forth all the way up until their senior year of high school when they might study more complex subject matter like calculus.

It would not make sense to suddenly teach students about polynomial expressions during their freshman year of high school if they hadn’t previously learned about multiplication earlier on.

And yet this is exactly how most schools approach teaching sex ed (if they even offer sex ed in the first place). More often than not, out of the blue, high school students will receive a short-term lesson about sexually transmitted infections (STIs) or pregnancy prevention.

To be fair, it is very important for young people to learn how to avoid STIs and unintended pregnancies. However, these aspects barely graze the surface of an expansive and vitally necessary area of study.

You wouldn’t expect a teacher to spend a month covering how to conjugate Spanish verbs and then say, “Okay — that’s it! We’ve covered everything we need to know about the Spanish language.” So why is this an acceptable tactic for teaching sex ed?

When done right, sex ed starting in kindergarten has been proven to be effective. Let’s look at the Netherlands — a country that mandates primary schools teach comprehensive sexuality education. When it comes to teen sexual health, the Netherlands has some of the best outcomes in the world including:

It’s time we stop letting discomfort, personal ideologies, and the “taboo” nature of sex limit young people’s ability to receive the information they need to stay healthy and to stay safe.

While Mrs. Carlisle taught me some memorable phrases and lessons about my health and safety as a third-grader, I wish she could have taught me more about my body, building relationships, and challenging stereotypes. I wish I could have received comprehensive sexuality education because it would have helped me in more ways than I can probably imagine.

After learning about and looking into both the nuance and necessity of K-12 comprehensive sexuality education, it’s clear that we really do need to start with the “K.”

And, I get it — sex ed for five-year-olds might take some time for folks to wrap their heads around. But, hopefully one day, we can see it as less of an eyebrow-raiser and, instead, recognize it for what it truly is: a life-saver.