A History of Abstinence-Only Funding in the U.S.

Government funding of abstinence-only-until-marriage programs is not new. In fact, the federal government has poured taxpayer money into such programs for over a quarter century. Beginning in 1981 under the Reagan administration, the federal government has consistently funded abstinence-only-until-marriage programs despite an overwhelming body of research proving they are ineffective and fail to achieve their stated goals.

Read more in our full report. 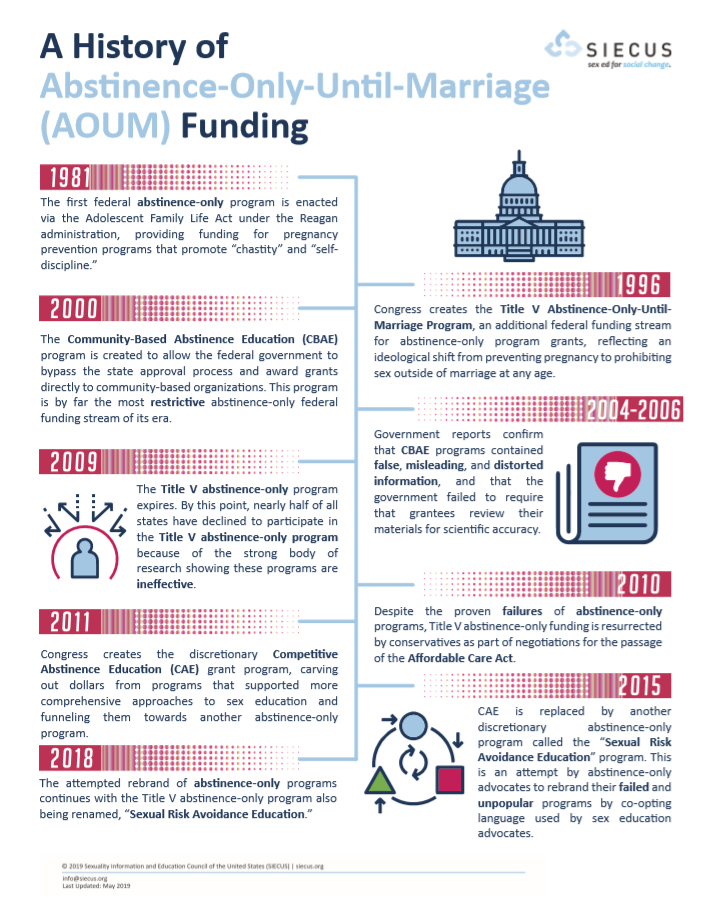