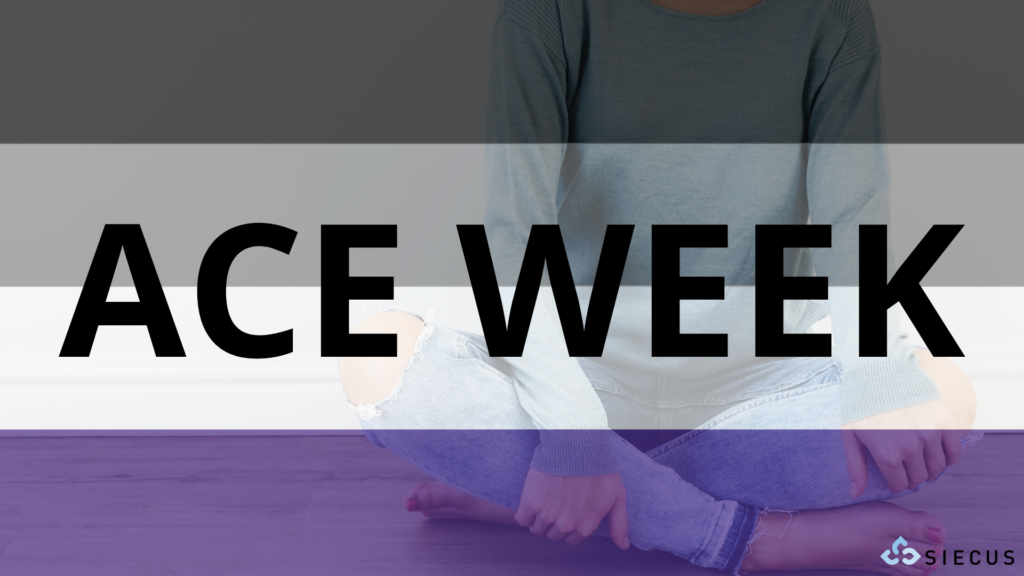 This week, we are making noise for the asexual community!

While research is limited, a 2004 study shows that nearly one out of every 100 people identifies as asexual. Slowly but surely, folks around the world are getting better at recognizing this and visibility is higher than ever.

“Unfortunately, if you want to come out, you need an encyclopedia because people do not know what being asexual means.” – Lea, 26

Many people who identify as asexual often find themselves educating their friends and loved ones about their identity. So this week, we’re taking the opportunity to provide a basic explanation of what asexuality means.

Let’s be clear – these terms have common meanings, but they aren’t always completely comprehensive. Sexuality and attraction are spectrums and are, for many people, fluid. This means that things may change over time or across situations. So, while language can help our understanding, the same words can mean different things for different people.

Think of these terms as shorthand for complex ideas. And, keep in mind that if someone describes their identity outside of these terms, that’s also valid. Everyone has a right to define their own identity. Period.

That said, here are some keywords to help better understand the asexual community:

Often, people use prefixes to help describe their identities and attractions. Here are a few commonly used prefixes people use to help indicate who they are attracted to:

Sexual attraction might get the most attention, but it is not the only way people can be attracted to one another.

Okay – that’s a lot of words. If you want to hear these terms used in context, check out this interview with 5 asexual people and hear them describe their identities themselves!

Zoe, who identifies as asexual and aromantic, says, “I get a lot of questions like, ‘Well, do you love anything at all?’ And it’s like, YES! It just doesn’t involve people in a sexual or romantic way.”

And Emmanual, who identifies as asexual and biromantic, describes their identity as, “an attraction to both genders, but not sexually.”

So while there’s no one way to define sexuality, we can use these combinations of prefixes and root words to generally describe and understand ourselves and each other.

Want more info? Check out the abundance of resources at AceWeek.org and join us in amplifying the ace voices, stories, and resources this week.